Between 23 and 26 May 2019, European citizens went to the polls to elect their representatives in the European Parliament for the next five years. While votes are currently being counted and the first provisional results are coming in, for the first time in at least two decades, Europe saw a surge in voter turnout. Participation across most of the EU rose to over 50 %. This is the biggest display of European democracy in recent history and a clear signal from the European voters that the next European Parliament must deliver on the electoral promises.

Although it will still be weeks before a new political landscape emerges in Brussels, we are hoping that the 9th European Parliament reaffirms its commitment to fundamental rights, democracy and common values. Our message to the new Parliament remains straightforward and universal: mental health affects us all, in every aspect of our lives. Mental health-friendly policies across all sectors, therefore, have a key role in the well-being of millions of people.

Our ‘Manifesto for Better Mental Health in Europe’ sets out key actions and specific recommendations for European policy areas where mental health could be included, leveraging existing policy tools. 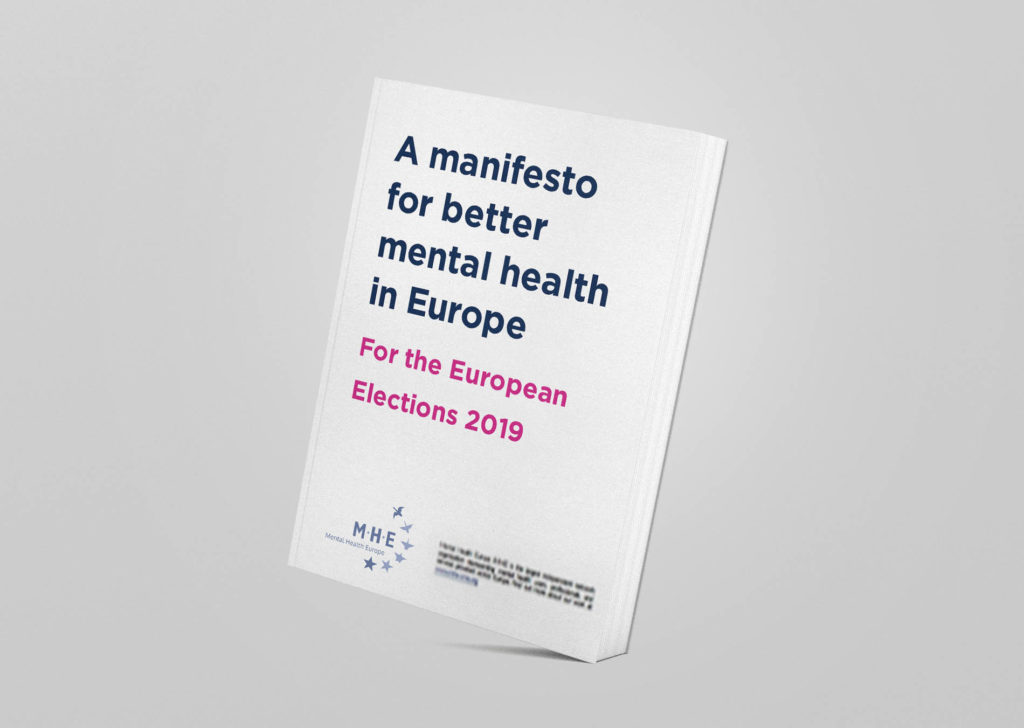 Some of our recommendations are to include mental health in all relevant policies (such as employment, migration, social affairs); to address inequalities, education, early childhood development, housing, violence and poverty as determinants of mental health; to promote investments in research on prevention, recovery, solutions to coercion and investment in non-coercive mental health services; to disseminate advances in mental health promotion and prevention and facilitate networks for research collaboration with people with mental health problems; to consult with and actively involve people with mental health problems and psychosocial disabilities, directly or through their representative organisations when designing, planning, implementing and evaluating policies, laws and services.

Since 2012, Mental Health Europe has been working with Members of the European Parliament in a Coalition on Mental Health and Wellbeing to ensure that mental health remains high on the EU political agenda. In the next term of the European Parliament, we want to continue our efforts and to give our Coalition new momentum. We congratulate all new MEPs on their election or re-election and invite them to join our Coalition on Mental Health and Wellbeing. We are looking forward to MEPs championing their commitment to build a society that does not stigmatise people living with mental ill health. Placing positive mental health, the advancement of the quality of care and human rights at the heart of European Parliament’s work will be crucial in this cause.