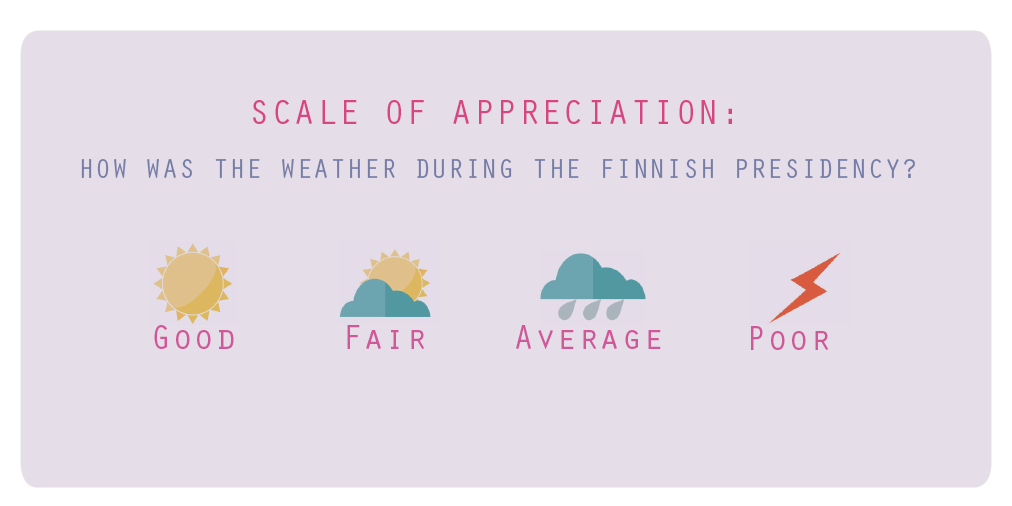 Mental Health Europe (MHE) released a Scorecard measuring performance of the Finnish Presidency of the Council of the European Union (July-December 2019) in relation to mental health and human rights.

What is the Scorecard about?

To engage with and to monitor the performance of the rotating Presidency of the Council of the European Union, MHE has devised a scorecard system. We use it to evaluate each Presidency’s commitment to and promotion of mental health. It is based on the following criteria:

How successful was the Finnish Presidency in terms mental health & human rights?

Download the Scorecard to find out more about the Finnish Presidency’s score HERE.
To see a list of Scorecards measuring the performances of the previous Presidencies, click HERE.