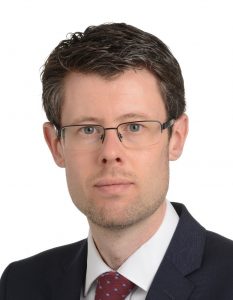 Rory Palmer MEP becomes a new member of MHE Coalition for Mental Health and Well-being in the European Parliament.

Rory is a member of the European Parliament’s Environment, Public Health & Food Safety Committee. He is also a member of the Employment & Social Affairs Committee and the European Parliament’s Delegation for relations with the United States. He has a strong interest in mental health issues and has been working on the question in the past, you can listen here to one of his recent speech about mental health in Europe: https://twitter.com/Rory_Palmer/status/923913548660649984

Rory became an MEP in October 2017 after serving for six years as the first deputy city mayor in Leicester. As deputy city mayor Rory worked across a wide range of policy and service areas including public health, social care, transport and climate change. He chaired Leicester’s Health Wellbeing Board and established and chaired the Leicester Child Poverty Commission.

He was born in Worksop, Nottinghamshire and graduated from the University of York with a degree in Social Policy. Rory is married and with one daughter and in his spare time enjoys spending time with his family, playing tennis and other sports, country walking and cooking.

We would like to thank Mr Palmer for joining us, and we are looking forward to a fruitful collaboration!

The main objective of the Coalition is to ensure that mental health remains high on the EU agenda, find out more here: mental-health-coalition.com