To mark Suicide Prevention Day, Mental Health Europe is encouraging everyone to look at some common misconceptions about suicide.

With more than 140,000 people dying by suicide in the European region each year, Europe has the highest suicide rate in the world. Misperceptions and stigma associated with suicide still make it a “taboo” topic for many. But talking about it and educating each other is crucial – someone’s life may depend on it. Debunking myths about suicide not only reduces the stigma; it helps society understand that someone is at risk and help them seek help. Today, join us in reaching out to a family member, friend or colleague who might not be expecting it but might desperately need it.

1. People who talk about suicide are just seeking attention

MYTH: People who talk about their intentions to die by suicide do so only to attract attention. They won’t go through with it and don’t need to be taken seriously.

FACT: People who say they want to end their lives must always be taken seriously.

Talking about suicide might be their way of asking for help. When people are suicidal, they are usually feeling alone and in need of emotional support. Access to adequate help at the right time can prevent suicide. If you know someone who may be struggling, reach out to them, start a conversation, listen with an open mind and ask what you can do to help — it can all make a difference in someone’s life.

What you should know if you are worried about someone >>

2. Only certain types of people die by suicide

MYTH: Only people with mental health problems die by suicide.

FACT: Not all people living with mental ill-health are suicidal, and not all people who die by suicide have mental health problems.

Suicide can strike anyone. There are a number of reasons people die by suicide such as experiencing violence or abuse, which are wider determinants of mental health. Suicide rates are also high among vulnerable groups (i.e. refugees, indigenous peoples, LGBTI persons and incarcerated persons). Suicidal behaviour indicates an overwhelming sense of distress and not necessarily a mental health issue. People may be coping with mental ill-health or they may be under extreme pressure and do not have healthy coping skills or a strong support system. Having a mental health problem does not automatically lead to suicidal behaviour. Suicide may be a consequence of the life experiences: lack of understanding, exposure to stigma, experiencing pain, destructive approach to oneself, loneliness and lack of access to mental health care.

Learn who may be at risk of suicide >>

3. Suicide is a personal choice

MYTH: Suicide is a personal choice; we don’t have to intervene. People who are suicidal want to die.

FACT: The majority of people who feel suicidal do not actually want to die.

The majority of people who feel suicidal do not actually want to die – they don’t want to live the life they have. That’s why talking about other options at the right time is so important. Access to support at the right time can prevent suicide.

Learn what to do if you think someone isn’t OK >>

4. Talking about suicide can encourage people to end their lives

MYTH: Talking about suicide can encourage people to end their lives.

FACT: Asking people if they are thinking about suicide does not give them the idea for suicide.

Due to the widespread stigma, people who are feeling suicidal don’t know who to talk to about it. Talking openly about how they feel can allow them to diffuse some of the tension that is causing their suicidal feelings. It can also help them discover options other than suicide or the time to rethink their decision.

5. The risk of suicide is over when people who are suicidal feel better

MYTH: The risk of suicide is over when the mood of a person in crisis improves.

FACT: Sometimes suicidal people feel better because they have decided to die by suicide, and may feel a sense of relief that the pain will soon be over.

When there is a sudden apparent improvement in the mental state of a person following a crisis or a depressive period, there is a risk that the person has made a firm decision to die by suicide. Sudden, visible improvement can mean genuine joy, the relief felt by the person who has finally made the decision to end their life and feels better because of this decision.

Learn what to do if you think someone isn’t OK >>

MYTH: You cannot do suicide prevention because it is unpredictable.

7. Medication is the best treatment for suicide

MYTH: Medication is the best treatment for suicide.

Instead, governments should focus on implementing effective preventive strategies to improve the determinants of mental health and tackle suicide.

Read more about the study  >>

FACT: People who are coerced into being hospitalised are more likely to attempt suicide after being released.

A new study suggests that the common practice of forced hospitalisation for mental health concerns may be doing more harm than good. People who felt they were coerced into being hospitalized against their will were more likely to attempt suicide after being released from the hospital. This was true even after controlling for other factors that might influence suicidality.

Read more about the study  >>

Do you know someone who may be considering suicide? Please visit the International Association for Suicide Prevention website, learn more and seek help: https://www.iasp.info/resources/Crisis_Centres/Europe/ 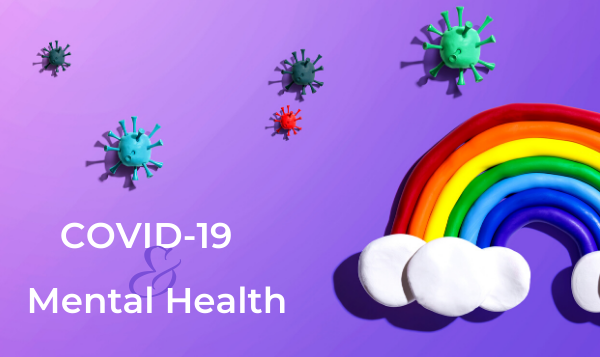 See MHE's information hub which collects advice and resources on how communities can provide efficient mental health support through the COVID-19 crisis and beyond. 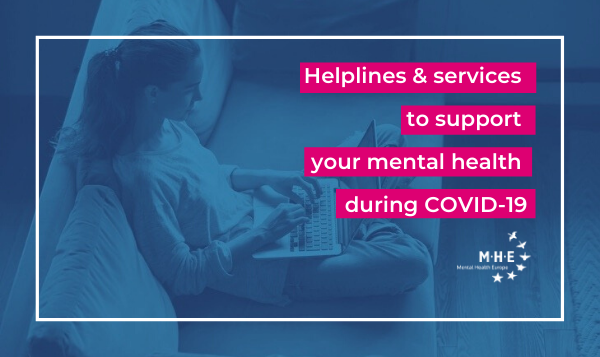 Helplines and services to support your mental health during COVID-19

Interactive map gathers information on helplines and services to support your mental health during COVID-19 crisis in 23 European countries.